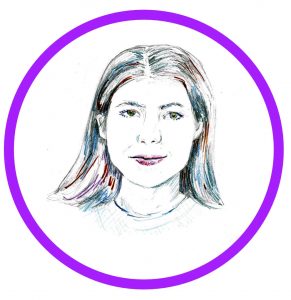 I am autistic. Autism is a developmental disability which can impact social skills, and how you process the world. I was diagnosed when I was 3 years old, so I have been aware that I am autistic for most of my life. For the first 2 years of education, I was in a Special Educational Needs Unit, and then moved to mainstream education. Being autistic means I am more prone to mental illnesses, and I struggle with anxiety and depression. I struggle if there are a lot of smells around me, and I can’t always process sounds.

When you say, “You don’t look autistic,” I know you mean it as a compliment, but it actually means you may not recognise or understand my struggles, and can’t actually support me. It also implies that being “normal” is more desirable and acceptable than being autistic. If I had a pound for every time someone told me, “You don’t look autistic,” I wouldn’t be a millionaire but I could probably have a lovely weekend in Wales.

Despite a popular misconception, vaccinations don’t cause autism. If you are considering not vaccinating your child because of the “risk,” I’m not here to force my opinions on you, but would you rather a potentially seriously ill child, or an autistic child?

I’m not saying I’d choose to be autistic, but I don’t want to cure myself. Some people call autism a superpower, and if that was the case, I guess my superpower would be being having surprise panic attacks, being terrible at maths, and having a blue badge for a car I can’t drive. I accept the fact that I am autistic and adapt my world to make life easier. Autism isn’t a worst-case scenario. It’s a part of my identity I wouldn’t change (and can’t, it’s a lifelong disability, so no injecting bleach into my veins, unfortunately).

Because I am autistic, I am part of the neurodiverse community. Neurodiversity is a long word, but its definition is actually simple. Neurodiversity refers to a community where brains have different behavioural traits and are wired to think and see the world differently. Those people who could be seen as neurodiverse include people with autism, those with ADHD (Attention Deficit Hyperactivity Disorder), Dyslexia (trouble with reading) and Tourettes (involuntary verbal sounds and movements), to name a few.

It’s said that men are more likely to have autism than women, which isn’t entirely true. Women are more able to cover their autistic traits, otherwise known as masking. I unintentionally mask, which means I instinctively mimic behaviour in an attempt to appear “normal.”  I also have an autism related sleeping disorder, meaning it is very hard for me to get a good nights sleep.

Due to systematic racism and sexism, it is also a lot harder for women, and people of colour to get a diagnosis. Because of this, they are often only diagnosed in adulthood, if they are diagnosed at all.

You may have heard people use the phrases “High Functioning” and “Low Functioning” when it comes to describing autism. These phrases are now being seen as harmful. What you could use instead is “high support needs” and “low support needs”, but remember just because someone’s support needs are low, they still need support nonetheless.

Being autistic doesn’t mean we don’t have personalities. We’re humans, not emotionless robots with expert abilities (cough Rain Man cough). You might have seen autism be represented by a missing jigsaw piece, and I can assure you nothing in my head is missing, waiting to be found.

Unfortunately, autism hasn’t been represented well at all in media, and the few films or shows which have characters with autism, often solely centre around this as the main figure of their personality. “Isn’t that a good thing though?” Yes. We need stories about autism and neurodiversity, but we also need stories where disability isn’t the forefront, and where characters aren’t defined purely by their medical conditions.

A few things to remember to help Autistic people include:

Item added to your cart

Continue Shopping Go To The Cart